We want to know who your best dressed and of course worst dressed was on the American Music Awards 2013 Red Carpet!!!  Let us know in the comments below or of course on Twitter or Facebook!!!  Can’t wait to hear your thoughts!!!

October 21st brought out some major stars at the ELLE Women in Hollywood Gala 2013.  The ELLE Women in Hollywood celebration this year at The Four Seasons Hotel honored Naomie Harris, Shailene Woodley, Eva Marie Saint, Marion Cotillard, Melissa McCarthy, Reese Witherspoon and director Nancy Meyers at its 20th annual event Monday.  Many stars turned up for the celebration and looked great on the red carpet!

Reese Witherspoon at the ELLE Women in Hollywood Gala 2013

Melissa McCarthy at the ELLE Women in Hollywood Gala 2013

Naya Rivera at the ELLE Women in Hollywood Gala 2013

Lea Michele at the ELLE Women in Hollywood Gala 2013

To check out the rest of the beautifully dressed stars at this years ELLE Women in Hollywood Celebrations CLICK HERE for Huffingtonpost.com.  Don’t forget to Follow us on Twitter and Like our Oxymoron Entertainment Facebook Page to keep up with all of our blog posts and the latest on the Red Carpet!

You may have caught one of the best parts of the Teen Choice Awards 2013, when Lea Michele of Glee accepted an award.  She dedicated the award to her late boyfriend and Glee co-star Cory Monteith, who sadly passed away of a heroin overdose in July.

The Cannes Film Festival or the Festival de Cannes kicked off on Wednesday this week with the premier of The Great Gatsby.  According to their website festival-cannes.fr the Festival de Cannes has remained faithful to its founding purpose: to draw attention to and raise the profile of films with the aim of contributing towards the development of cinema, boosting the film industry worldwide and celebrating cinema at an international level.  The Cannes Film Festival turned 65 this year and is one of the most prestigious festivals in the world, thanks to the support and attendance of some of the biggest celebrities!  In the 1950s The Cannes Film Festival became more popular because of the attendance of some of the wealthiest celebrities of that time.  Actors and actresses such as Kirk Douglas, Sophia Loren, Grace Kelly, Brigitte Bardot, and Cary Grant brought a lot of attention to the festival.  Check out the photo below.  These stars had such great style even back then!

Sophia Loren, Alain Delon, and Romy Schneider Arriving at The Cannes Film Festival in the 1950s

Now, The Cannes Film Festival is a great avenue to get movies seen, discover new talent, and act as a springboard for creation, but what we really want to see is the Red Carpet!  We love to see what the celebrities are wearing to the festival!

The opening ceremony of the 66th edition of The Cannes Film Festival started with the premier of F. Scott Fitzgerald’s The Great Gatsby directed in 3D by Baz Luhrmann.  The red carpet saw some of the most beautifully dressed celebrities of the year!  Take a look at these gorgeous photos.

Leonardo DiCaprio Looking Fabulous and Casual Before the Red Carpet

The Cast of The Bling Ring with Director Sofia Coppola

Sonam Kapoor in a Floral Dress at The Cannes Film Festival

The Cannes Film Festival just started on Wednesday in France, but continues through the weekend and next week.  The stars looked amazing on the first two days of the festival, but this is only the beginning.  Who is your favorite so far?  We want to hear what you think of the red carpet this year, so let us know!

The 2013 Oscars Was Marked By Stunning Actresses Who Sparkled in Sequins.  Last Night There Were So Many Amazing Dresses On The Red Carpet Of The 2013 Academy Awards.

Other trends on our best-dressed list from the night included strapless gowns (Jennifer Lawrence and Charlize Theron had us in tears with their stunning Dior Couture gowns) and lots of diamonds … just not in necklaces. We saw bracelets and earrings, but necks were conspiculously bare. Perhaps the ladies knew that Seth McFarlane’s “We Saw Your Boobs” song would be calling enough attention to their breasts as it was? 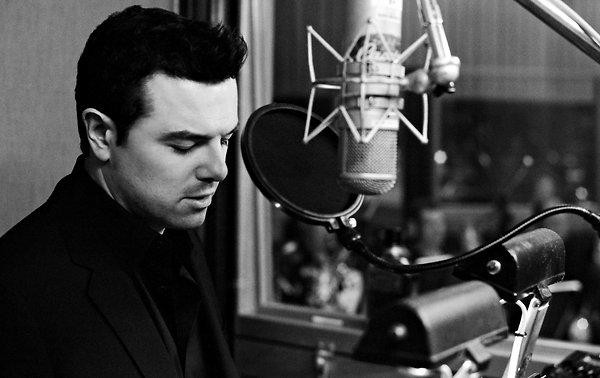 We Love Watching the Red Carpet of the Golden Globes to See Who is Going to Wear the Most Amazing Dresses and Jewelry.  Below are some of our Favorites… Let us know if you agree or if we missed your Favorite…